David W. Hahn, College of Engineering Craig M. Berge Dean, is moderating a series of webinars for alumni and friends in fall 2020. He and faculty members are covering some of the college’s high-profile research: hypersonic flight, water and energy, transportation, and quantum networks. Videos of the talks will be posted here following the webinars.

Into The Future With Wildcat Engineers

Hear about the latest in wind tunnel capabilities and high-speed flight research at the university. Internationally recognized experts in aerothermodynamics and high-temperature materials explain the basic principles of hypersonic flight and why it is critical to national interest. 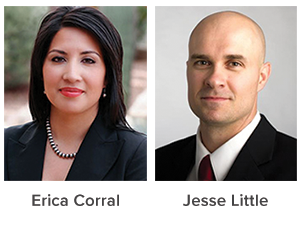 Learn how UA engineers are partnering with Native communities to combat extreme health disparities at the source. Top researchers in their fields discuss how desalination, solar power and other unique forms of off-grid technology are helping ensure access to life-sustaining water, energy and food. 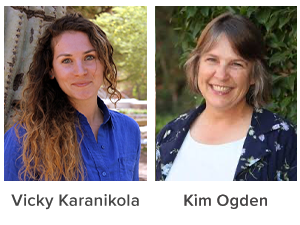 See where transportation systems are headed as vehicles move toward automation. UA engineers are in the driver’s seat of research in technologies like traffic light control, connected vehicles and driverless cars, which could change transportation infrastructure as we know it. 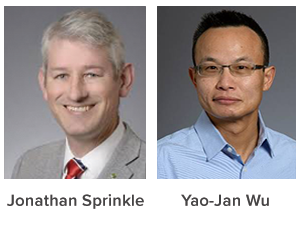 The Future Is Now with Quantum Networks

For most people, quantum technology is difficult to imagine. UA Engineering teams are at the forefront of discoveries that could lead to an unhackable Internet, super-precise GPS, and unprecedented computing speed. Learn about quantum possibilities, and realities, from researchers at the top of their game. 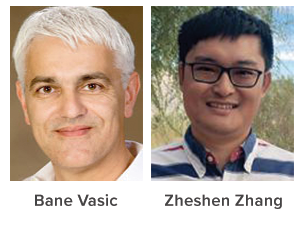 Jerry Hunter, who says there are no shortcuts to learning and hard work isn’t as hard as it seems, started his career at NASA’s Ames Research Center automating life science experiments for the International Space Station.

Today he leads engineering for Snap, the company that makes the popular app Snapchat.

Before joining Snap, Hunter ran global data centers at Amazon and Sun Microsystems – a pioneer in cloud computing before the world called it that – where he worked for 17 years.

Susan Gray started at Tucson Electric Power as a student engineer. Now she ensures safe and reliable distribution of energy to more than 650,000 Arizona customers.

Gray encourages inclusivity and diversity of thought on her team and strongly supports STEM education and programs for girls and women.

She serves on advisory boards for the College of Engineering and Eller College, two professional association boards, and the board of directors for the Boys & Girls Clubs of Tucson. She’s also a triathlete!

“I’ll never forget seeing a young mother carrying a child on her back and a bucket of water on her head, walking barefoot in the sand,” says Marla Smith-Nilson of an experience studying abroad as a Flinn Scholar.

Smith-Nilson, who grew up in the one-stoplight town of Benson, Arizona, founded Water1st International after earning an MS in environmental engineering from the University of North Carolina at Chapel Hill.

The Seattle-based nonprofit has provided safe water and toilets to 208,000 people in 2,700 communities around the world.

See the news article about the talk.

Laura McGill runs engineering for the world’s largest missile-making business. She and her team direct more than 5,000 professionals working on hundreds of projects, including some of the toughest engineering challenges on earth.

“You need to be comfortable being able to command and direct,” says the vice president of engineering at Raytheon Missile Systems.

It’s a formidable job, she is a woman in a male-dominated field, and she is managing through some major industry changes -- a rapidly changing global economy and shifting labor pool, with retirement outpacing recruitment.

“I need to balance day-to-day execution and performance on complex missile programs with our investments in technology and career development.”

The lifelong aeronautics enthusiast is a strong advocate for women and minorities in engineering.

Drawing on his three decades of executive leadership, Kurt DelBene challenges students to imagine themselves in the C-Suite.

DelBene, who earned an MS at Stanford University and an MBA at the University of Chicago, joined Microsoft in 1992 and has worked in leadership roles for a long list of its products, one of which earned him the unofficial title of “Mr. Office.”

He kept the company’s ubiquitous software suite on top by changing it into an online service, Office 365. Then in what turned out to be a temporary retirement from Microsoft, DelBene led a team to triage the healthcare.gov website for former President Barack Obama.

DelBene, who is married to a U.S. congresswoman and has two grown children, has a long history of fixing things, and he likes to move fast -- not just in an industry where speed is of the essence. He has restored an old Formula One car, a prop from the movie “Grand Prix,” and competes in vintage car races.

Join Microsoft’s chief tech strategist as he takes juniors and seniors on a journey to think critically about the skills needed to lead organizations and implement change inside and outside the corporate world.

Dave Crawford, who pioneered a radical philosophy of construction project management, will guide students as they envision themselves in the executive suite bringing together multiple teams to deliver building projects – from start to finish.

It used to be that every phase of a project, from design to construction to interior completion, was bid separately. With alternative delivery methods, legislation for which Crawford was instrumental in getting passed, all teams can now work together to deliver a project in its entirety.

The retired CEO of one of the most respected construction companies in the country started working for Sundt, an employee-owned business, as a laborer while he was in college. Through his tenure in the executive suite, he led some of his firm’s most notable accomplishments. The 127-year-old company’s logo can be seen on structures from Tucson – including several dozen at the University of Arizona – to Saudi Arabia and Russia.

Crawford’s influence stretches far beyond the field, too. Under his leadership, the Sundt Foundation has raised more than $7 million to help underserved people.