Live a rich and varied life while getting the practical training you need to thrive professionally.

Work with industry leaders, do exciting research, steer a student club to victory, network at professional conferences, navigate a challenging curriculum, cheer on your Wildcats. It’s the UA Engineering way. So “Bear Down!” and come aboard. 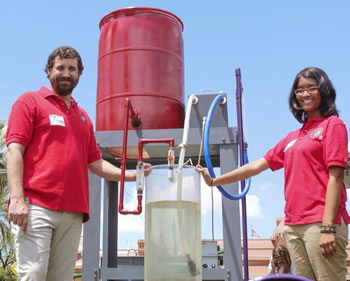 Many Paths to Your Success

Learn from faculty who have founded startups and bring entrepreneurial expertise into their interactive classrooms. Gain the knowledge for producing marketable products.

Capitalize on the College’s entrepreneurial culture and industry partnerships.

Join engineers, scientists, healthcare workers and other professionals at companies and organizations such as NASA, Raytheon, Texas Instruments, Tucson Electric Power and Freeport-McMoRan.

Get a head start on your career with internships.

Work alongside faculty and grad students on projects funded by NASA, the National Science Foundation and the National Institutes of Health. Start changing the lives of people for the better now.

From creating and testing solar ovens your freshman year to making prototypes for industry sponsors your senior year, get steeped in the work of engineering.

Test your know-how and teamwork in local, national and international competitions like the ever-whacky Rube Goldberg machine contest or the tougher-than-it-looks jackleg drilling contest for aspiring mining engineers.

Hone your skills in leadership communities, and take the lead in STEM outreach and College recruitment.

Study, work and improve lives abroad. Travel to the far reaches of the world and experience engineering as global profession.

Engineering Is All About Learning by Doing 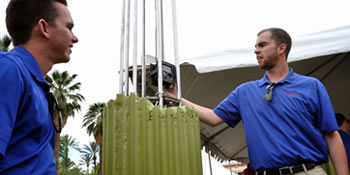 Moving On from Proving Ground

Raytheon starts each year with a few notable projects and finishes with some great hires: Huy Le and Ben Subeck got jobs continuing their 2016 team’s work on a firefighting robot. In 2014, Robbie McCarthy and Sean Baker shifted from developing a border surveillance system inside a fake saguaro to inventing high-tech devices in Raytheon’s low-profile “Bike Shop.” 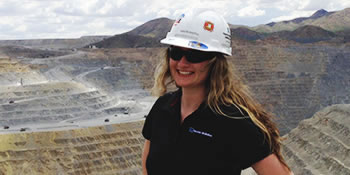 Class of 2016 mining engineering major Mara Erhardt participated in a $1.3 million project – funded by the National Institute for Occupational Safety and Health -- to convert mine tailings into insulation for cooling metal mines deep underground. The technology is expected not only to protect workers from exposure to extreme heat, but also save mining companies millions in energy costs. 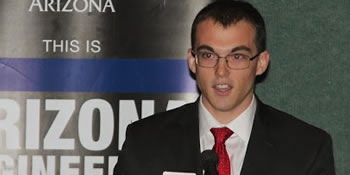 From Rube Goldberg to Grad School

Patrick Hughes says he came to the University of Arizona as a “nervous shut-in.” Within a year he was leading the UA Rube Goldberg Team to new degrees of wackiness and representing the College as an Engineering Ambassador. Hughes graduated in May 2015, worked for the summer as an intern at ExxonMobil in Houston, then began the PhD program in structural engineering at the University of California, San Diego. 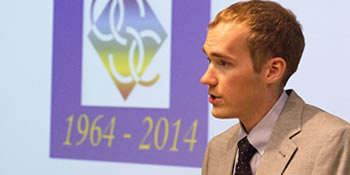 A Portfolio with Vincent Van Gogh

As a freshman in 2011, Travis Sawyer became fascinated with the optical instruments and devices doctors used to examine him when he was misdiagnosed with leukemia. Since then he has developed an impressive research portfolio working in laboratories at the UA and in the Netherlands on a research team that, among other projects, has authenticated paintings by Vincent Van Gogh and Nicholas Poussin. 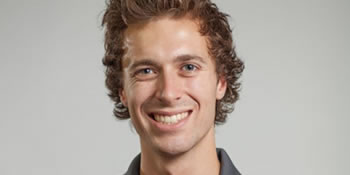 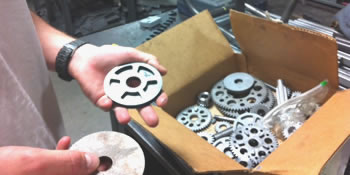 Gearing Up for Greatness

The spring 2015 semester was over, but Baja SAE team captain Robbie Miller and a dozen other students burned the midnight oil to fine-tune a transmission gearbox before heading off to the races in Oregon. The mechanical engineering major and Engineering Ambassador says the club helped him link ideas to something he could hold in his hands, not to mention land an internship at Freeport-McMoRan. 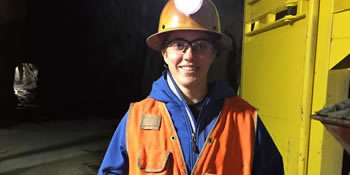 Mara Erhart, Class of 2016, is participating in a $1.3 million UA research project funded by the National Institutes of Occupational Safety and Health, and she is confident the experience will pay off when she graduates. The mining engineering major is helping develop technology to convert mine tailings into mine insulation for cooling down hot metal mines deep underground. The technology will better protect workers from exposure to extreme heat and potentially save mining companies millions in energy costs. 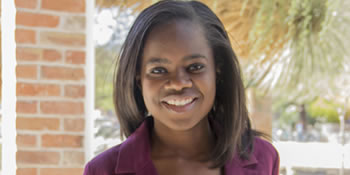 Making the Rounds to Do Good

Kendall Stokes, Class of 2017, spent a summer as an intern at the Georgia Tech Manufacturing Institute, where she tested sockets used to attach prosthetic limbs to amputees. The next summer, the systems engineering major and campus resident assistant, also active in the UA student chapters of the National Society of Black Engineers and Society of Women Engineers, interned with Arizona Public Service. 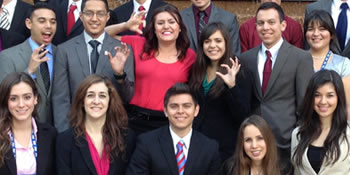 Erick Leon credits his time as a member of the UA Society of Hispanic Professional Engineers – during which he served as the organization’s executive vice president and attended four consecutive national conferences – with opening doors to public speaking experiences, research projects, two internships and a full-time position as an applications engineer at Honeywell, and making lifelong friends. 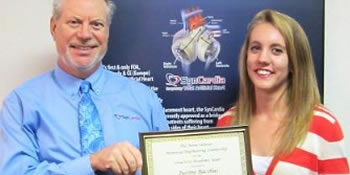 Justine Bacchus explored many majors before attending a biomedical engineering colloquium her sophomore year and discovering her heart was in the medical side of engineering. The Class of 2016 Honors College student won a scholarship from artificial heart maker Syncardia, conducted research with top UA physics researchers and studied parasitology in the Czech Republic. 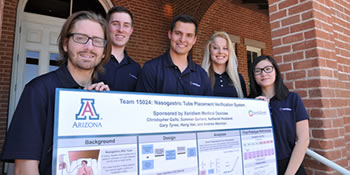 After developing a prototype for a cost-effective, easy-to use device that provides instant feedback on feeding tube placement, Summer Garland was hired on full time with project sponsor Xeridiem. Garland, a biomedical engineering major, and her teammates won two 2016 Design Day awards recognizing their creativity, and the company named them on patent applications. 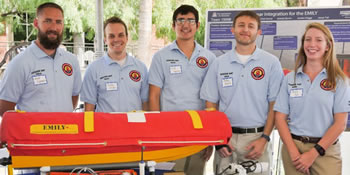 “They will become excellent engineers,” said UA Engineering alum and Hydronalix CEO Tony Mulligan in describing the teams of hard-working seniors who in recent years have advanced sonar and launch capabilities for his company’s robotic sea rescue buoy, EMILY, which has made a name for itself rescuing swimmers and refugees from dangerous waters.

Connect with more than 50 clubs and organizations.

A Place for Every Student

To request a transcript or a captioned version of this audio material as a disability-related accommodation, please contact communications@engr.arizona.edu.